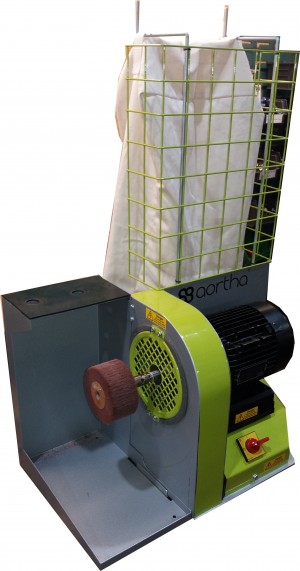 Standard Engineering’s ongoing tie-in with Algeo continues to develop, to the benefit of both companies.  Standard were looking for a partner with extensive hospital / orthopaedic contacts, and Algeo were looking for a consistent supply of British made machinery.  It makes you wonder why the arrangement took so long to be formalised!

We have supplied twin band grinders, which go under different names to different people (No.18 / Ortho 75 / Salford Grinder) and introduced the Air-flo bench technology to the orthopaedic trade.  These are simply enough for us as they are pretty much Algeo-liveried versions of equipment we’d built many times before.

From Standard’s point of view, it has been an interesting exercise in satisfying an industry other than the one we are most familiar with.  Not that we had no experience of dealing with supplying equipment to the NHS and private orthotics companies, but by solely handling the manufacturing side it has given us the time to have a bit of a play….

Did you know, we’d never produced a bench-top grinder before…..?

Algeo wanted one, so we set to work.  Developing a machine from scratch fired-up the imagination of the bosses and the engineers alike (not so much for humble administrators who write for Cutting Edge magazine….) and soon they were gazing in wonder at our new baby.

Although built for Algeo’s medical market our Bench-Top Grinder is generally available to anyone who believes a small device with several tooling options might prove to be a useful piece of kit.  If that sounds like you, give us a call!

List Snippet
Standard Engineering’s ongoing tie-in with Algeo continues to develop, to the benefit of both companies.